Let us go through OpenAPI, Microservices, and Kubernetes Ingress in detail.

OpenAPI is an interface between applications that can be used publicly by software developers, and OpenAPI is also known as public API. Open API Specification (OAS) is a specification for a language-agnostic interface to RESTful web services. Applications implemented by OpenAPI automatically generate source code, documentation, and client libraries. The OAS allows both computers and humans to consume and understand service capabilities without the knowledge of source code, documentation, client libraries, or network traffic inspection.

The diagram below explains the OpenAPI lifecycle.

Monolithic to Microservices with API

Microservices is a layered architecture with self-contained pieces of services that has clear interfaces and internal components. Unless a single computing network like monolithic applications with single code builds and deploys an application. So here, even for a minor change, the entire code has to be altered. To overcome these DevOps consulting services, use microservices for continuous deployment, scaling, and maintaining applications. Most organizations with an API strategy will deliver API in the journey from monolithic to microservices. Diagram describes the process

Ingress describes incoming traffic like HTTP and HTTPS routes into the services inside the cluster. Routing rules are to control the traffic. Ingress configuration is to:

The below diagram explains how traffic sends to a service. 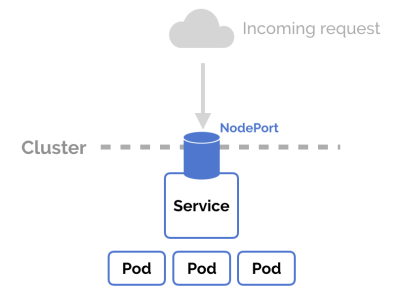 Challenges over microservices and Kubernetes

In Microservices, the number of services may affect communication barriers. And for developers to face complexity in load balancing, that may result in poor developer experience and inconsistent API quality.

OpenAPI to Overcome the Challenges

With OpenAPI, a user having minimal logic can understand and interact with the remote services. Likewise, stakeholders can communicate effectively with the API services. Design-first approach can improve the functional and operational aspects of services. In design through deployment, individuals speak the same language and the tools they use to leverage the same API. And this ensures that humans and machines can understand the final product. 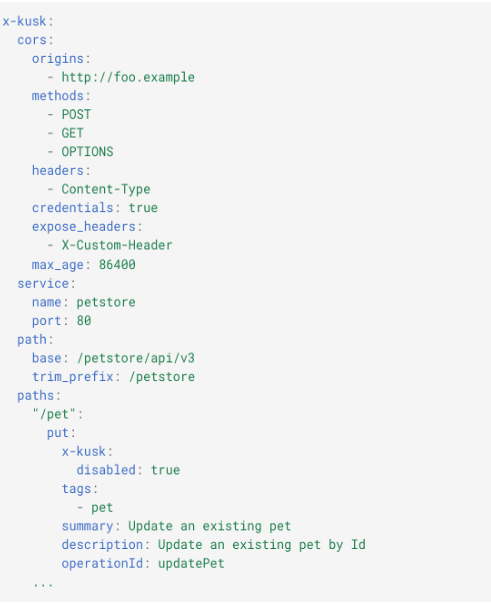 Swagger API editor is used to configure Ingress routes and other operational specifics. SwaggerHub and Kusk Gateway workflow is as follows:

The design-first approach of OpenAPI can provide functional and operational consistency. The operational API aspect guarantees quality in the developer experience. OpenAPI leads to consistency in API quality. Thus OpenAPI meets challenges over Microservices and Kubernetes.

Our DevOps professionals can help you to overcome operational and functional consistency with OpenAPI.